What Happened To Kibuuka of Mbale’s Jawbone?

Lubaale (singular/plural): Ranked higher than other spirits among the Baganda pantheon of gods. The legend goes that they lived as extraordinary human ancestors deified to extend their proficiency in the unseen realm. They are primarily responsible for family patronage (guardians) and can also be invoked in the community or national affairs.

Mukasa: the most popular guardian of the marine underworld revered as the patron god of Lake Victoria, notably feminized as Nalubaale in the local dialect. Mukasa’s main shrine was located on Bubembe Island of Lake Nalubaale. The Buganda Monarch would send annual offerings of mainly livestock to appease the marine deity and ask for blessings.

Excitement in Kampala as Residents Welcome 2023

Christians Criticised for editing Jesus out of Christmas 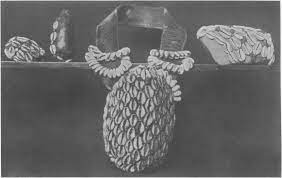 Kibuuka Omumbaale (of Mbale): His reputation transcends Buganda regional accolades as a celestial operator of incredible militaristic prowess. Eventually, this decorated warrior was reportedly killed in action under Kabaka (King) Nakibinge’s tumultuous reign. Kibuuka’s remains were enshrined at Mbale (Mawokota / Mpigi District) and he became the guardian god of war. His temple was desecrated (1888-1890) and the contents, including his jawbone, were put on display in a British museum at Cambridge. The project to migrate relics connected to Buganda’s warlord, Kibuuka of Mbale was reportedly facilitated by one John Roscoe, an Anglican missionary to East Africa.

According to Prof Thomas, the Museum of Archaeology and Anthropology, the University of Cambridge returned sacred artefacts to the Uganda Museum in 1961. Fast forward to 2022, and a bunch of those items supposedly repatriated to the Uganda Museum are tantalizingly missing.

Questions remain though, where is the missing jawbone (akaba) of Buganda’s ancient deity Kibuuka located today?