Bugema are football Champions of the East Africa University Games 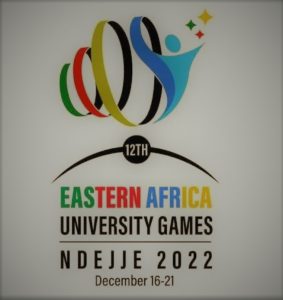 A second-half strike from Swaalaf Sebbale was enough in ensuring  Bugema the much needed win over a resilient IUIU, whose packed side of players from both the main campus in Mbale and Kampala were unlucky on the day.

IUIU had several attempts on goal as Captain Shafik Kawooya in addition to teammate Leo Walwasa proved to be a thorn but Ronald Kalungi between Bugema’s poles was clinical in saving his side from the numerous attacks.

IUIU captain Shafik Kawooya said his team had a good game but conceding a late goal as well as poor finishing worked upon the psychology of the players. He was however, optimistic that the team’s future was bright.

Isaac Ssenyonjo from Bugema on the other hand praised his players for working as team, despite coming into the tournament as underdogs.

He applauded his defenders for their hard work throughout their final game, despite repeated threats from IUIU strikers, who bullied them with aerial balls.

Meddie Nyanzi, the head coach of Bugema, said the victory for his side had only delayed because his team had exhibited signs of good performance well in time, and as such the team had persisted.

The 12th Eastern Africa University Games edition attracted over 40 institutions of higher learning from across the Region, including the DR Congo, the new entrants but Rwanda, Burundi and South Sudan missed out on this event that teams competing at least 20 disciplines from December 16-21, 2022 at Ndejje University Main Campus in Luweero.