Image of garbage disposal in Kampala

Rumours of a factory being built in place of a sports field started as early as 20 years and what stands now is a huge hill of garbage from the town centre, Kampala. The residents in the area can only hope for the restoration of their land after the infiltrators vacate the area. The area residents where the dumping site stands to this date didn’t only receive the town’s waste but also the marabou stork.
The coming of the waste saw the vanishing of wetlands plus all the vegetation that couldn’t stand the burning liquid coming out of the hipped garbage.
With the marabou stork and their burning droppings, all the mivule trees in all the neighbouring villages disappeared. 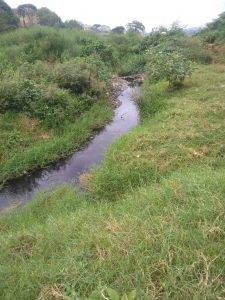 The locals in the villages around lost the natural breeze that used to come from the wetland that stood until foolish humans thought that was the best place to throw garbage for Kampala town.
Then came the truck drivers who ferried garbage in KCC trucks, they just couldn’t drive back empty trucks. They also drove away with area women and this resulted in the disintegration of families with the AIDS scourge scampering through all the neighbouring villages.
When the World Bank let KCC learn how to fly without being thrown into the air, it got stuck on the ground and that’s where KCCA came and found it.
The World Bank had laid down a world-class dumping site with a fully-fledged purifier but with limited wisdom that one day the site would expand in many directions and today the purifier has been rendered useless, only to be used once in a while where the turbines are run to exhaust the set budget by the end of every financial year.
With all the environmental-related organisations around at all levels from International to local no one seems to care to find out what’s happening with the black dirty liquid flowing out of the garbage site 366 days a year come rain or sunshine. The fools handling the site, because managing can’t be given to them ensured that the black liquid is diverted from the purifier to just snake away to Lake Victoria so that fishermen just catch dead fish after all no one buys yawning fish. 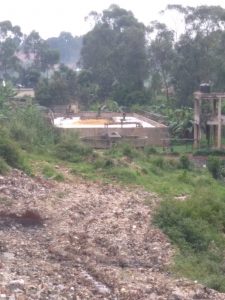 At this site, you will find what the vampires wish for Ugandans. Even those who have gone to school do scavenge to earn a living.
The refugees running Uganda will even attract media to this site to interview the scavengers on how they have benefited from scavenging. No Ugandan deserves to scavenge no matter the money coming from the scavenging.
World over huge dumping sites are miles away from residential areas but this one for 20 years has stood right in the middle houses with residents breathing in all the toxic waste that comes from the town.
From Yiga’s KCC to Musisi’s KCCA all failed the term social responsibility. World Bank managed to reconstruct the road to the dumping site and also extended piped water to the area but that was all. After 20 years of KCCA’s dumping garbage in what used to be a beautiful village, the road is in shatters. With all the accidents that have been caused by the rotten garbage trucks, KCCA with fools who studied corporate social responsibility has never bought a single ambulance for the people who have suffered from all that comes out of garbage.
KCCA has never offered counselling services to area residents to warn them about the dangers of welcoming truck drivers. They just let their dogs out to do mischief on the locals.
Well, those who are not giving a damn about what’s happening at this dumping site at least are enjoying some foods grown along the river that starts at this site and flows into lake Victoria to provide toxics to fish for nutrients.
Let the fools continue spending billions on a purifier that is turned on to hoodwink whoever passes by. Who knows even the turbines may be turned on to crush to pieces some of the people being killed by the refugees. Just dump the dead bodies into a swimming pool-sized purifier at night and then turn on the turn turbines. The liquid in there has not been pumped out for more than 10 years.

Was Iddi Amin only vilified just for the sake of change of guards?

KAMPALA - The continued existence of Nakivubo Settlement Primary at its current location is in balance after political leaders in...

KCCA Leadership at Loggerheads over Museveni’s Directive on Markets

KAMPALA - As President Yoweri Museveni’s directive on the management of markets in the capital city conveyed fresh confusion; civil...