KAMPALA – The Ministry of Education and Sports has undertaken to sponsor 300 teacher-trainees at Kibuli Muslim Core Primary Teachers’ College, as one of the channels of encouraging the recently introduced phasing of out grade III certificate graduates, 3rd deputy Premier – Hajat Lukia Nakadama has disclosed.

Premier Nakadama made the revelation at Kibuli PTC on December 11, while presiding over a function that attracted hundreds of the college’s alumni from diverse backgrounds.

The 300 slots allocated to Kibuli PTC is part of the nationwide 8,096 nursery and primary school teachers in what will be the first troop in a mass upgrading programs, which starts next year.

“It’s the reason you should support the NRM government – it’s a people centred regime…..,” she told a cheering crowd at the college’s playground.

In 2019, the Ministry phased out lower teaching qualifications including certificates, grade III, and diplomas in a move to streamline, professionalise, and improve the quality of teacher education provided for in the 2019 National Teacher Policy. The policy requires that all teachers from pre-primary should have a minimum qualification of a Bachelor’s Degree by 2030. 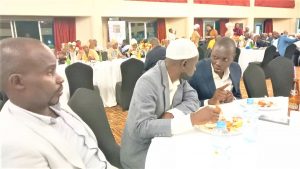 An official, who attended the same function – and currently stationed in the department of Teacher Education and Development at the Education Ministry noted the rolling out of the programme was possible after consultations with Kyambogo University to streamline the admission of grade III and Early Childhood Education teachers to pursue diploma courses in education.

Madam Aidah Kibeedi – the Principal Kibuli PTC, echoed the chief guest’s message – clarifying that plans had been finalised for the next intake with intending competent candidates to be recruited on a first come….basis.

“I wish to add that government will be sponsoring 300 teachers, starting the next intake to study under the new system of phasing out the grade III certificate in education primary. All PTCs will now be recruiting learners to undertake Diploma certificate as well as the Early Childhood Development programme,” noted Madam Kibeedi – the Principal Kibuli PTC, who encouraged those with the minimum requirement to rush and register. 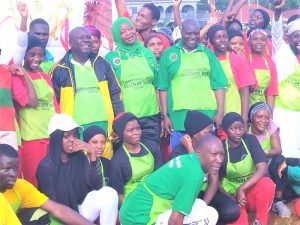 The function attracted a number of dignitaries in the education as well as  political spheres – including Hajat Sarah Kanyike – the former junior Minister of Gender and Child Affairs, RDCs; prominent business personalities – celebrating the day with a run around the college neighbour; feasting punctuated with entertainment.

Kibuli Core Primary Teachers College was established in 1935 at Kasawo, the then Mukono district as a vernacular school producing Grade P teachers. In 1952 it was shifted to the current campus – Kibuli sharing land, which the late Prince Badru Kakungulu had donated.

The institute embarked on an expansion process, with the construction of the principal’s office; additional classroom block in the early 1960s. In 1974 a new blackboard room was completed. Works on staff houses, a hostel and lecture quarters started soon but the project stalled 1978 due to political interference and could only be completed in 986-87 with a financial assistance from the Saudi Arabian Kingdom.

The project comprises – a 10-house Tutors’ flat; a 10-room classroom block; an administration block; and a 20 room double storied girls’ hostel. Unfortunately, all these buildings, in addition to the boys’ hostel lie in an apologetic state, despite the numerous powerful educationists as well as politicians, and business personalities – who have gone through its doors. 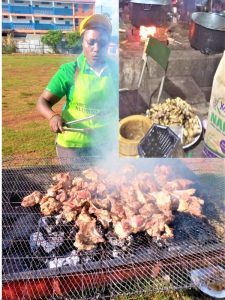 Besides – the establishment of Kakungulu Memorial High housed at the institute’s buildings as well as accommodating the Islamic University In Uganda – IUIU at the same premises has squeezed the learning atmosphere at this college – particularly, because ‘everybody’ feels uncomfortable to highlight facts behind ‘the relatedly downward trend’ at this oldest Muslim teachers’ training  school in the country.

In 2006 –the Ministry of Education and Sports –using the science facilitation grant funds, constructed a six – classroom double storied block, housing the library, the science laboratory, the resource centre as well as additional three classrooms. But the number of intake seem miserable – judging from the fact that by December 11, 2022 – the day alumni gathered to manoeuvre the way forward – the administration had forfeited three boys halls of residence to Kakungulu Memorial – leaving only Lukka as the place accommodating all male students. Originally, each of the four boys’ hostels – Lukka, Aga Khan, Luwangula and later Kakungulu could accommodate up 80 teacher-trainees.

In 2001 – as government redesigned country’s education system, the college was one of the few that were granted a core status – mandating to run both in-service (outreach) and pre-service (fultime) teacher education training. The outreach program is run through 13 co-ordinating centres.

In order to add value to the pre service students the college runs a computer programme and tailoring programme, which all students must undergo. The other objective is to equip teacher-trainees with special skills for the infant and others for the upper classes throughout Uganda.

The college shares its facilities with the local community for meetings, wedding parties as well as the play- ground – which is permanently home of Kibuli United FC – a stagnant team in the area.

Besides IUIU – whose Kampala campus students use the facility for evening lectures, Kyambogo University uses the premises for running diploma programs.

KAMPALA – National sports associations have accused their supervisory body – the National Council of Sports –NCS of impartiality in...

KAMPALA - A sharp misunderstanding emerged between the Kampala Archdiocese and the Ministry of Education and Sports over the appointment...

KAMPALA – The minister of state for sports, Peter Ogwang and the General Secretary, National Council of Sports –NCS, Dr...