KAMPALA – At least 30 of Next Media Group staff have been sent onto the streets shortly after the company’s Chief Executive Officer; Kin Kariisa introduced a process that would spearhead a realignment process.

“We cannot continue to approach our work as we currently do,” several media outlets quotes Kariisa as telling staff during a brainstorming meeting a forty-night ago.

Kariisa is said to have emphasised the need for scribes as well as other support staff to equipment themselves with the latest technology as the only option of matching the fastest moving ‘world.’

“………prepare to execute a strategy that will keep our brands attractive and, very importantly, relevant in this competitive environment,’ said Kariisa.

The lay-off, which is effective immediately, affected several senior editors and reporters at the Naguru based media. Some of the faces that were shown the exit include Nile Post editor, Edris Kiggundu, Noah Kyeyune while notable reporters are Elijah Turyagumanawe, Zahara Namuli, John Kibalizi, Fatia Nassali and many others.

A press release, which Kariisa signed, noted how it was a very difficult situation in deciding workers who had leave.

Last week, Kariisa was emphatic that Next Media needed to stay relevant to its audience through executing a new strategy that would keep the company’s brands attractive and competitive in the business environment.

But as Next Media made the hard decision, sources at the different other newsrooms revealed that it was only a question of time that workers at Dail 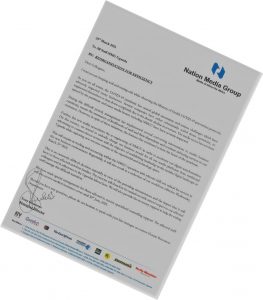 y Monitor and other Nation Media Group – NMG outlets in Uganda would receive the shocking news of their respective status.

Earlier this year, Tony Glencross – NMG Managing Director in Uganda noted in a statement to workers that the company’ (financial) performance had been affected by Covid-19.

But the planned restructuring is not only affecting Next Media or Monitor as the country’s owned Vision Group is said to be targeting a similar move.