Plain-clothed men snatched Kabuleta – who was recently designated the National Economic Empowerment Dialogue-NEED Party president, from his party offices in Bugolobi, Kampala at around 1:00 pm.

The Party Spokesperson, Moses Matovu told URN that plain-clothed men pulled up at the gate in a black Toyota Hiace fondly know as drone. Six of the security operatives approached and grabbed Kabuleta from the lounge of his office where he was seemingly having a discussion with two other gentlemen, according to CCTV footage circulating on various social media platforms.

“They told us he was being taken to the Criminal Investigations Directorate – CID. We followed him at CID but shockingly we were informed that he wasn’t there. So currently, we don’t know where exactly he is being held,” URN quoted Matovu revealing.

Kabuleta’s captors are said to have asked him to escort them as one of them recorded the proceedings on his mobile phone. The CCTV footage revealed how one of the men picked up Kabuleta’s mobile as another held him by the hand as a sign of impudence. The attack on Kabuleta came shortly after he had addressed a press conference – where he emphasised the issue of insecurity in the country.

“We have security issues here, a lot of uncertainties (is on) going on here, the president should come out and address the nation on these insecurity problems that are propping up in the country instead of traveling to Vietnam, USA, claiming that he is attracting investors, who can invest here with this uncertainty around?” said Kabuleta at the presser.

The Kampala Metropolitan Police spokesperson – Patrick Onyango was shy in revealing circumstances under which security had snatched Kabuleta while his superior – Fred Enanga chose to switch off his known phone contacts.

However, it wasn’t before long that the force through ACP Claire Nabakka rushed to confirm how their personnel had carried out the ‘arrest’ of Kabuleta.

“Today (Monday) November 28, 2022 at 1255hrs, Joseph Kabuleta was arrested after failing to honour Police summons issued to him to report to Kampala Metropolitan Police Headquarters on 3rd November 3, 2022 at 1000hrs for interview and statement recording on charges of Promoting Sectarianism. 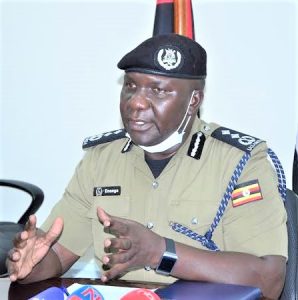 “This follows a Police general inquiry that began on the June 14, 2022, by the Directorate of Criminal Investigations – CID to verify allegations that Kabuleta and others still at large; made utterances which were likely to create alienation or despondency, raise discontent or disaffection and promote feelings of ill will or hostility among members of the public.

“It is alleged that on May 30, 2022 in Kampala District, Kabuleta and others held a press conference under their Political Party – National Economic Empowerment Dialogue (NEED), where they alleged that social service delivery in Mbarara is based on ethnic lines of the Tutsi, Bahima, Bakiga and Banyakore.

“Kabuleta and others shall be charged with Promoting Sectarianism C/S 41(1) of the PCA CAP 120. The UPF appeals to the general public to desist from making statements that may cause discontent, incite violence and instigate hostility among the affected communities,” read the Nabakka signed statement on behalf of the national force.

But other sources revealed that Kabuleta’s snatching stemmed from his recent attacks towards the Kampala regime, especially on Tweeter.

“He established himself as a thorn towards government activities especially calling on the international community to desist from dealing with a corrupt system in Kampala. So, the beneficiaries are not going to look at him (as he) continues to sabotage their source of looting of public funds,” noted a source, that is too near to the corridors of power.

The group’s spokesperson, Siraj Kifampa said they were yet to establish those behind the arrest and the reasons for their action.

How Refugees are Destroying Uganda’s Environment

How Refugees are Destroying Uganda’s Environment